My last daily chat with a stranger was several months ago. Last year, motivated mostly by the positive experiences of a friend who had done a similar challenge, I decided to find somebody new—usually a student on campus—to talk to every day. My friend had experienced the type of happenstance whose grace is invisible until it dawns upon us all at once, a ah, I am in this moment now. Based on a bet involving the school newspaper, his candidate for that day happened to be a new student who was drowning in the social isolation in which we all swim, both now and before. Academic, social, and psychological stresses had compounded for this individual, making it all the more serendipitous that my friend appear for the provision of support. I don’t go into every social interaction thinking that I will have the opportunity to help someone, but it is immensely fulfilling when the moment arises.

Some time later, my friend happened upon this individual once again. The change for this individual was slower than serendipity, and certainly as non-linear as much progress is, but I imagine it appeared as striking as lightning. Not only had everything in his life improved, but he also happened to be writing for the same school newspaper as in the original bet! Happenstance had struck twice, and my friend had borne witness to both events.

I approached my daily chats with the healthy expectation that lightning strikes more rarely three times than it strikes even twice. That I would have similarly positive, direction-shifting experiences, as my friend had had, is somewhat surprising at first glance; on second thought, however, it is starkly clear that we inhabit societies where many require aid and connection. Out of the many people you pass on the street, it is easy to assume that they do not share most of the substantial struggles you have faced. Even in thinking of my own academic journey, I sometimes forget the questions and doubts I could not answer, the gaps whose filling would have made my life better, earlier. I’m reminded most strongly of these gaps when I speak with younger students who are beginning to fill those holes themselves, but find that the tools are nowhere in plain sight.

I had other, unexpected realizations, which I detail below. A large draw of my early chats was the observing behavioural trends that overturned some of my longheld social assumptions. The novelty of these observations were themselves welcome: I am familiar enough with myself to know that novelty is my catnip. That being said, the more consequential effects lie in how they changed how I see people, long after the largest part of the novelty had faded.

I don’t remember what my last conversation was about. In fact, during the last weeks, the daily exercise was starting to feel a little monotonous, despite how novel it had felt at the beginning. It might have been a variety of things: the fact that I talked to people around the same places, the time of year, or my somewhat flagging enthusiasm. Occasionally, I would have a particularly rewarding conversation, but it never seemed enough. Maybe novelty isn’t enough, but that is another matter.

I’ve been thinking a lot lately about my experiences, especially in light of my move to Montréal and social distancing. In fact, before the global pandemic became a factor, I intended to continue the habit after my move. I still hope to do so. In the meantime, here are some of the most important things that I’ve learned from my interactions so far.

I used to believe overwhelmingly that strangers did not want to talk to me. I was always afraid of approaching people because they would either be too busy, or think I was too unimportant to waste time on. This fear was particularly prevalent when approaching those more senior in either age or rank, especially if I needed something from them. Part of this belief came from my own shyness, while another part is, I think, extant in my cultural environment. For good reasons, children are often told not to talk to strangers, but to take this guidance seriously without further nuance is to contribute to the fraying of community and civic ties that has contributed to a lack of social and mental wellbeing.

The particularly insidious thing about social hesitation of this kind is that it is self-reinforcing: if I’m less likely to talk to somebody because I’m afraid they will lash out at me, then I never get the opportunity to challenge my belief, and might end up refraining from approaching people altogether. The same dynamic takes hold in depression, preventing us from reaching out for the social connection we need to heal.

There are indeed people who do not want to be approached, but for the most part I’ve found it easy to distinguish those few from the large number of people who accept—even welcome—random social interaction. In the places I was looking, if somebody wasn’t actively working or studying, they were generally receptive to a conversation. Although I expected a high number of rejections, the actual number was far lower.

I can certainly attest that my random chats have made me much more able to approach people for anything. It’s as if some prior voice representing all of my fears has been silenced. I still felt knots in my stomach even in the latter days of my random chats when approaching people, but just as fear is a reflex, so too can ignoring that fear can be a learned reflex.

People are more willing to open up than you might expect

Once I actually sat down to talk to somebody, I wasn’t sure what I expected them to talk about. I often had an opener lined up: my most used one was, “what have you been thinking about recently?", just because I was interested in understanding what people worried about, hoped for, and were living through. Understandably since I was a complete stranger, some of the responses were similar in spirit to the typical Canadian responses to “how are you?". I think another reason for the relatively short responses was that they were attempts to be polite: many of us don’t want to monopolize speaking time and crowd out the engagement of others. Especially at the beginning of a conversation, a question I asked would sometimes get redirected immediately, without any further development or a chance for me to follow up.

My favourite part was when that initial hurdle was overcome. I was reminded of my own influential teachers when somebody told me about how his high school teacher inspired his passion for mechanical engineering, even putting down some of their own money for him to lead a school-wide project. I recalled my own struggles when somebody weighed whether to pursue a master’s degree, asking the same questions I could only answer after the fact, after some excessive difficulty that would have been avoidable with the proper advice. I was sad when somebody broke down crying in front of me because their boyfriend was moving to Australia for a medical degree; she had known this might have happened, but she had still taken the plunge anyway because fulfillment and meaning involve experiencing the texture of the highs and lows of life. Above all, I most sorely appreciated the fullness of participating with others in their lives, and felt touched that they would let themselves be vulnerable enough to share these experiences with me.

I think there are a lot of other observations I have either integrated into my regular stream of consciousness, or which I’ve forgotten. I hope to be able to recover them from future conversations.

Thanks to Tony Basu for being the friend in the story, and a friend in my life. 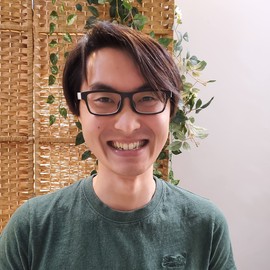 I’m a PhD student at Mila, where I think about AI alignment and AI governance. I’d be happy to have a chat!